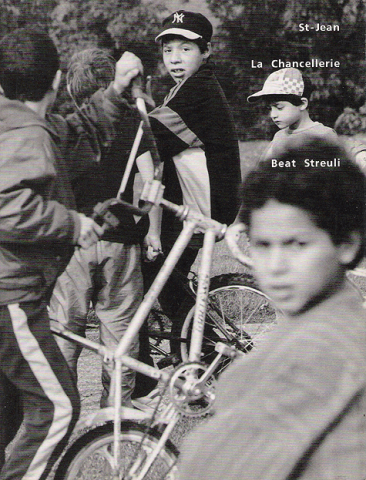 The famous German photographer, Beat Streuli settled into the neighborhoods of the Chancellerie, in Bourges, and Saint-Jean, in Châteauroux for a full year (in 1992). In this book, Beat Streuli renders the abundant multiplicity of viewpoints: that of the artist on the real but also those of the gazes caught by the picture. It is a "filmed diary" between documentary and fiction, a set of images without montage that follow on from each other or suspend in order to help the look recover its fluidity and invite it to skim through the ordinary scene of image, the very image which we simultaneously watch and create. This photographic anthology is an account of the ties he developed with the inhabitants is work on the subject of sharing and memory.