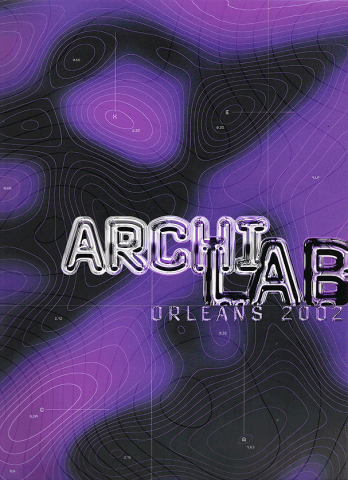 As part of Archilab 2002 (30 teams of architects), this catalogue questions and raises the problem-set of environment...

Since 1999 Archilab has been establishing itself as the annual international event of innovative architecture. Within four years, some 140 different teams of architects have been exhibited, and over 300 architects and critics have come to Orléans to take part to the meetings.

Thus, after the three first catalogues ("Les futurs de l'architecture", 1999, out of print, "Les nouveaux phénomènes urbains", 2000 and "Les modes d'habiter", 2001), Archilab 2002 questions and raises with "Economie de la terre" (30 teams of architects) the problem issue of environment in all its aspects: natural and urban, digital and informational, cultural and political.