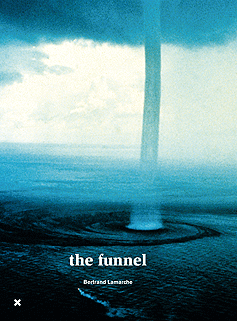 The funnel is the first monograph published on Bertrand Lamarche. The book invites the reader to dive into the artist’s work at the confluence of kinetic art, cinema and architecture. At the door of perception, Bertrand Lamarche’s machines, videos and models produce phenomena of physical and mental projection, which he anchors in reality to provide viewers with appropriate perspective (the funnel, réplique)... 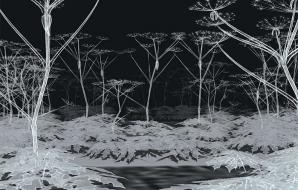 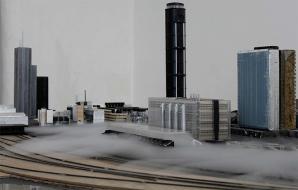 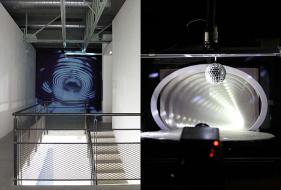 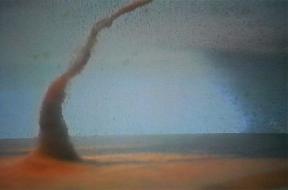 Bertrand Lamarche’s work blends landscape, urbanism and architecture. Modeled and remodeled over time, it is characterized by the critical and sensitive attention paid to the evolution of the places and sites where his fictions unfold. By weaving the thread of his shadowy fiction into existing the urban grid, he proposes a scenario for decoding the city (fog factory).

The book reads like a work of fiction organized into consecutive episodes and evoking all of Bertrand Lamarche’s projects (the umbelliferic terrain,updated for this work, fog factory, the funnel,vortex,réplique (baphomètre),the model, lobby,cyclotunnel and untitled, and is structured like a subjective tracking shot, with regard to the practice of interpreting time and space. The book includes critical essays by François Piron(Drag City ), Marie-Ange Brayer (This ineluctable modality of the visible, and Philippe Duboy (The shape of a city) and Elizabeth Lebovici’s interview with the artist. Produced with support from theCentre national des arts plastiques, the CRAC Languedoc-Roussillon, Sète, the FRAC Centre, La Galerie and agnès b.,the funnelis the first monograph published on Bertrand Lamarche’s work.