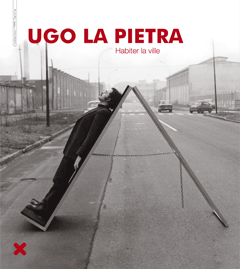 Original creator and thinker, Ugo La Pietra is a key figure of the radical architecture movement (60s-70s). This first French-language monograph on the creator of the Comutatore, with its rich iconography and the breadth of its essays, offers readers the full diversity of an approach that renews the territory of architectural imagination. With La Pietra, Editions HYX continues its program of publishing on Italian architecture Gianni Pettena, Andrea Branzi, No-stop city, Ettore Sottsass JR 60-70. 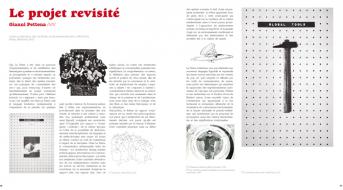 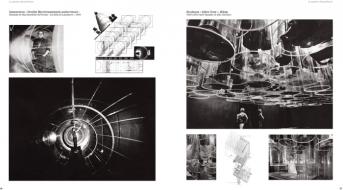 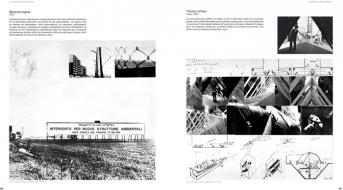 Italian artist, architect and designer, born in 1938, Ugo La Pietra was a major player on the radical artistic scene of the 1960s and 1970s. Theoretician, magazine man, member ofGlobal Toolsfrom 1973 onward and a participant in many exhibitions, La Pietra contributed to the emergence of “counter-architecture” on an international. He challenges the practice, foundations andideologyof architecture and in the process, hijacks architecture’s original alphabet, staging his own body in the urban landscape to question it and us and thereby reveal the reality of the world to us. In the early 1960s, he developed an interest in the experimentation of Viennese architects (Hollein, Pichler, etc.). In his exploration of the theme of "synesthesia of the arts", he worked to   decompartmentalize forms, through painting, drawing, or architecture, whose expressionist forms (inspired by Kiesler) clashed with their urban environment.

In 1967, his criticism of functionalism and consumer values, which he held were "asphyxiating" the individual, took on an increasingly radical tone. He called his program the "unbalancing system", in which his "immersions" come across as micro-spaces of rupture, which function symbolically to activate pathways to liberation while redefining the "artwork/viewer" relationship.

In the 1970s, when most radical architects were fleeing reality to take refuge in utopian visions, urban territory became the sole focus of La Pietra’s experimentation. His "deciphering tools" in hand, he delves into its tiniest nooks and crannies of the city in search of "degrees of liberty". Utilizing photography, film, drawing and photomontage to put together his reportages, he methodically hijacks and reinterprets the uses and codes of the urban landscape, proving through his interventions that "living in the city means being at home everywhere".